I am not a new wave temperance movement believer. I recognise that the factors inherent in a person developing a problematic relationship with alcohol are vast and wide-ranging, and not all those who drink do so to excess. That being said, I am also of the opinion that we live in a heavily alco-centric culture, in which the alcohol industry is granted an extraordinarily free rein when it comes to advertising and marketing its products (which, let’s face it, amount to mere variations of a highly addictive, toxic substance, wrapped up attractively in a variety of innocent looking bottles).

There are many people who have crossed the line into alcohol dependence but who remain in denial with regards to their habit, believing it to be one borne entirely out of choice. Lots of people will grab onto a multitude of convenient excuses in order to maintain a mild (and for some, not so mild) addiction to alcohol; it’s a sunny day, it’s Christmas, it’s a cosy night in with a DVD, it’s a wild night out with the girls/boys. And adding weight to these excuses are the purveyors of alcoholic beverages, who are only involved because of the profits to be had in flogging the stuff – especially the supermarkets.

Last night as I unwrapped my pizza from its packaging, my eyes fell upon the ‘Serving Suggestion’ provided on the corner of the box. Tesco were advising me of suitable accompaniments for my Finest Wood Fired 12″ Ham Mushroom And Mascarpone Pizza: a simple green salad and a glass of my favourite white wine. Really? Is there any need to consume an alcoholic drink with one’s pizza in order to bring out the taste? Is a pizza less of a pizza if it is washed down with a glass of water? In providing such a serving suggestion, Tesco are interested only in selling a lifestyle – the sophisticated Italian wine drinker, enjoying an ‘authentic’ pizza with a simple green salad whilst sitting in a piazza somewhere, a setting sun and the tinkling of an ancient fountain in the background. Tesco are keen to ‘sell up’ their pizza with this marketing twaddle because it is a highly effective means of getting the consumer to dig a little deeper into his or her pocket. Go on, buy the wine, buy the salad – make like an Italian for the evening (and forget the fact that, actually, you are sitting in a house in Sheffield, watching crap on the TV and listening to the howling wind and rain lashing against the front door).

As I watched the above-mentioned crap TV whilst munching on my pizza (and not feeling at all bereft by way of not enjoying a glass of my favourite white wine to accompany it) I suddenly found myself watching Aldi’s latest advert, in which the song ‘Favourite Things’ plays in soft, girly tones as a variety of wine bottles are displayed against a pretty pink backdrop. I felt incensed by Aldi’s blatant feminisation and glamorising of wine in such a manner, the way in which the supermarket has produced a couple of minutes of television that portrays wine as entirely innocent, almost childlike; a happy little beverage that goes hand-in-hand with fun-filled summer days and gay abandon.

There are people who drink in moderation, who consume alcohol ‘responsibly’. But there are an awful lot of people out there who do not and who are seeking out any excuse to down more of the stuff without facing up to the fact that they are, in reality, dependent upon it and regularly drinking at hazardous levels. While ever the supermarkets are allowed to market alcoholic beverages as innocuous products that bring only light and happiness to peoples’ lives as opposed to containing an addictive substance that should be treated with caution and which is detrimental to health in a major way unless consumed in very small quantities, alcohol and binge drinking will continue to be trivialised. And the health of a massive percentage of the population will remain compromised as a result.

After posting last week about the Eureka moment I recently experienced regarding getting fit, toning up and losing a bit of weight, I have thrown myself into my new lifestyle with gusto. Body Pump classes, running in the sun (sadly, yesterday marked the last occasion when my ageing Jack Russell terrier will accompany me on one of my runs as she can’t keep up anymore), drinking loads more water, snacking on Medjool dates as opposed to chocolate (surprising how readily these have satisfied the old sugar cravings) and cutting right back on the lattes, have all helped me to achieve a three-pound weight loss and feel a million times more alive. 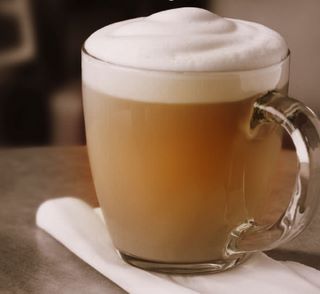 The overhaul of my life began about ten days ago. The initial period posed a few difficulties in terms of becoming accustomed to the various changes – most notably the reduction in caffeinated drinks and complete ban on junk food – but everything has settled down now and the cravings, headaches and general feeling of being slightly out of sorts have all but vanished.

I’ve been enjoying challenging myself physically and the aching muscles are evidence that my body is being really pushed for the first time in ages. The improvements to my physicality have positively impacted on my mental health, and consequently I feel less agitated, have slept better, and have especially relished in the complete lack of any guilt, once experienced on a regular basis whenever I had an attack of the junk food munchies and gorged on pizza, biscuits or chocolate.

I’m not sure why I persistently refrained from adopting this comprehensively healthy life for so long. I guess I felt frightened of letting go of my little crutches – lattes, Cadbury’s Fruit & Nut, Domino’s Pizzas – as if they were actually bringing me discernable benefits. Even though I knew I hated myself for indulging in these unhealthy foods, I couldn’t quite wrap my head around the idea of living without them. What would happen on a Friday night if I was watching a good film, snuggled up in my PJ’s, and there was no supersize bar of chocolate to devour in ten minutes flat? How would I bear it if I was suddenly overwhelmed with a desire to consume a deep-pan pepperoni pizza with a stuffed crust, and had to settle instead for a plate of lettuce leaves and an apple?

Well, you know what? Nothing bad has happened. Without the junk food, the world hasn’t collapsed around my ears, I haven’t sprouted a second head, and I haven’t gone stark raving bonkers either. I feel better, healthier, and more in control. I feel more motivated to exercise, and have noticed an increase in my energy levels. Other than that, life has remained unchanged.

The further I distance myself from my drinking days, the more I’m convinced that the closer we live to how nature intended – i.e. regular exercise, eating well and minus the junk/toxic substances – the happier we feel inside. My new code to live by is one that seems so blindingly clear, but is something I just couldn’t accept fully for years; avoid the stuff that brings about negative emotions, and indulge only in that which results in happiness and satisfaction. With this maxim in my mind, making the right choices has never been easier.